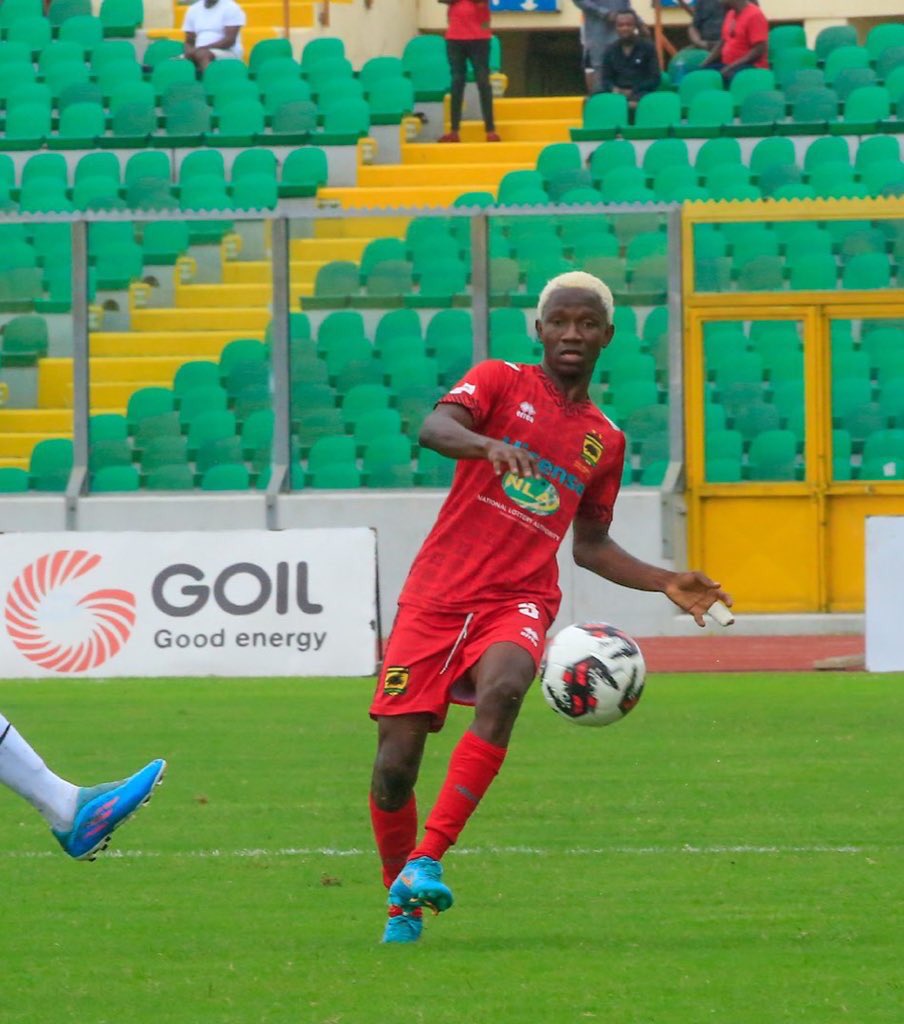 Imoro Ibrahim is nearing a switch to Al Hilal of Sudan for a reported fee around $410, 000. The player is expected to arrive in Omdurman on Tuesday to undergo medicals whiles the Sudanese club will make $150,000 payment plus add ons amounted to $260, 000.

Meanwhile, Asante Kotoko are already in quest for an alike replacement to fill the void following the exit of the agile left back. Negotiations are at the closing stages with some of the targeted options and it’s likely the deals will be concluded by the close of this week.

Emmanue Adu Siaw, the Samartex captain and a dextrous free kick taker is on the radar of Asante Kotoko as the frontrunner to alternate the exit of Imoro Ibrahim. Adu Siaw was just part of the black galaxies team that walloped the Beninois counterparts for qualification into the next stage of CHAN competition. The diminutive left back with his deftness and mobility led Samartex for their maiden spot in the premier league. Through his immense contribution, the captain gave a goal, provided seven (7) assists and 3MVPs in 25 matches for the timber boys. He’s likely to join the reds squad as everything is expected to be finalized within the week.

Joe Boateng of Kotoku Royals is also in the news to have attracted the interest of Asante Kotoko. Official inquiries have been done about the availability of the rugged left back and Asante Kotoko scouts are still in contemplation to get him on board. The 24-year old left back was a tremendous part of the greatest achievement of the Akim Oda based club emergence into the premier league. Boateng has been a stalwart for the ‘Royals’ aside his effectiveness in making good surging runs and his ingenuity to close down opposing threats from his range.

Benjamin Abaidoo, no official approach has been made for the highly rated left back of the “Yellow and Mauves” despite the recent reports linking him to Asante Kotoko after Imoro Ibrahim’s move to Al Hilal concluded. It’s believed, Asante Kotoko are considering for his chase in regards to his mode of play tantamount to the outgoing Imoro Ibrahim, well experienced in the local scene after consistent stints with Berekum Chelsea and Medeama in the last couple of seasons. He’s the likeliest to provide a quick relief at the left back should Asante Kotoko put in an official offer.