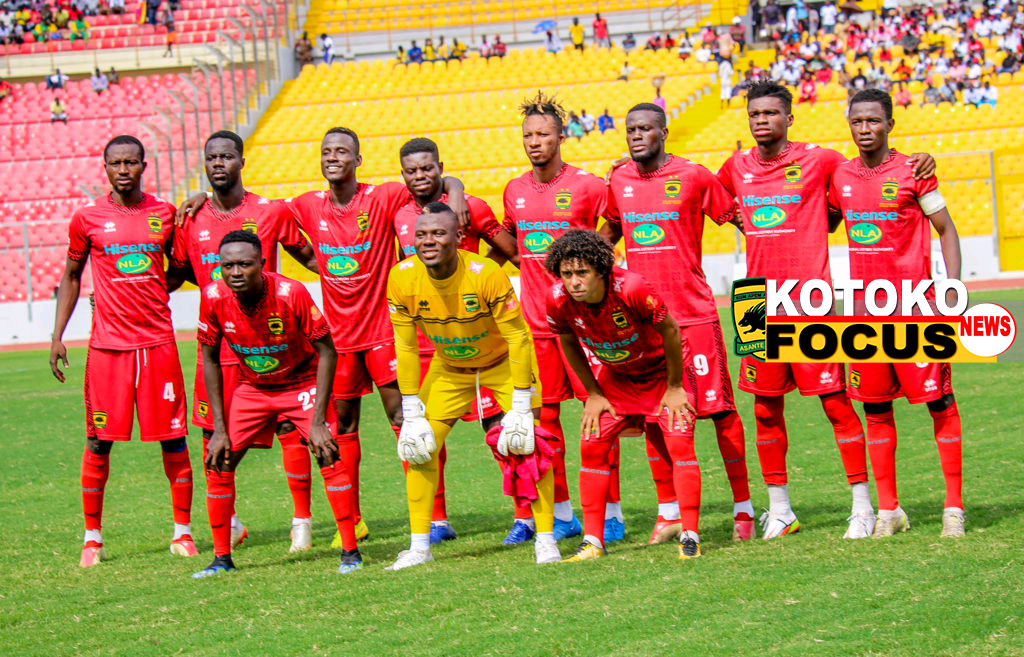 Asante Kotoko finished season as ran away 26th league Champions here are the summations of how the enthralling moments were fared.

30th October 2021 – It was a scintillating moment against Dreams FC at Accra Sports stadium when Asante Kotoko gave a resurgence 3 – 1 victory in the first league match. Asante Kotoko made a memorable come back after given up the lead in the 64th minute, all three goals were scored within five minutes. Mudasiru Salifu slotted the equalizer in the 86th minute before Isaac Oppong ensured the lead for Kotoko through a sublime finish with a minute left into the regulation time, Kotoko’s victory was cemented after Richmond Lamptey’s thunderbolt behind the 18 yard box gave the third goal! Where the league champions began their beautiful journey.

1st January 2022 – Coach Ogum and his men made history on the Bono land when Kotoko got their maiden victory against Aduana Stars at NAB 1 Park. Goals from the both halves, Georges Mfegue header from Imoro Ibrahim’s corner kick gave the lead in the first half before Richmond Lamptey cemented the victory with a 94th minute notch.

13th March 2022 – Asante Kotoko had their biggest results of the season with a 5 – 0 annihilation against Bibiani Gold Stars. A brace from Georges Mfegue, and three other goals from Franck Etouga, Augustine Agyapong and Samuel Boateng ensured the heaviest defeat to the miners at the Baba Yara sports stadium.

10th April 2022 – A greathearted triumph against the fiercest rivals, Hearts of Oak were subdued with a solitary goal from Franck Etouga Mbella thorough a spot kick. A defeat that sunk the phobians hopes of competing for the league title after Kotoko extended a huge gap between the two.

30th April 2022 – Another historic feat was made at Sogakope, Asante Kotoko got another first away win against the academy boys. Coach Prosper Narteh Ogum steered the league champions to beat his former club at an unfavorable venue. Franck Etouga Mbella stole the show for the porcupines when he nicely oozed past the WAFA defender and a goalkeeper before latching the ball into the net from Mudasiru Salifu’s piercing setup in the 64 minute.

29th May 2022 – Hopes to win the league trophy were rekindled when Kotoko had a resounding victory at Tarkwa against Medeame who gave a tough chase by trailing with six points difference before that epic encounter. Goals from Andrews Appau and Franck Etouga Mbella in the first half gave a relief to Kotoko’s title aspiration.