2022 WCQ: What African nations need to reach the final round? 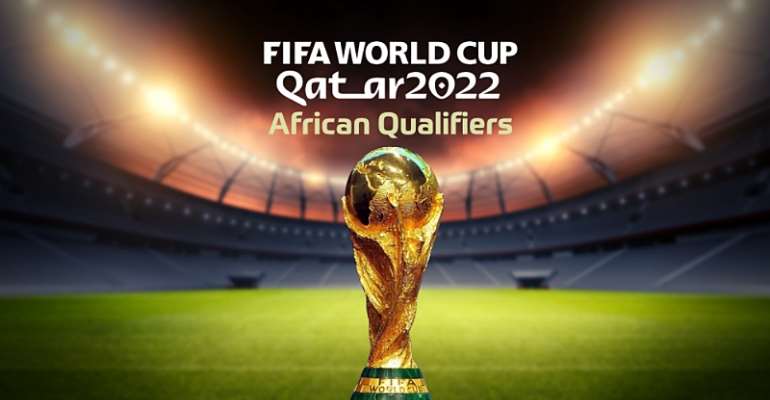 Five nations will represent Africa at the FIFA World Cup Qatar 2022. Two rounds of games remain in the second round, with the ten group winners reaching the third round.

A draw will be held to determine the five two-legged ties in the third round, with the triumphant teams qualifying for the World Cup.

FIFA.com looks at how things stand.
Qualified for third round: Morocco, Senegal.

Algeria and Burkina Faso are both on ten points, but the former holds a significant goal difference edge. Les Étalons, who have never been in with a better chance of reaching their first World Cup, know they must effectively seize more points than Les Verts, who frightened eventual champions Germany in an extra-time defeat in the Round of 16 at Brazil 2014.

While Burkina Faso don’t, they can call on 20-year-old sensation Abdoul Tapsoba, who has hit four goals in his last three internationals, including the late equaliser against the Algerians.

Patson Daka, Fashion Sakala and Zambia need a miracle to progress, and though Tunisia – who are three points and eight goals better off than Equatorial Guinea – hold all the aces, they do face an examining final two games.

If the Emilio Nsue-captained National Thunder can beat Wahbi Khazri and the Eagles of Carthage, it would leave Mondher Kebaier’s side under significant pressure. Tunisia are, nonetheless, unbeaten in their last 12 World Cup qualifiers and have kept clean sheets in each of their last five.

Kelechi Iheanacho and Victor Osimhen give the Super Eagles arguably the finest attack in Africa, but they still have work to do to reach the final round.

Cabo Verde have made admirable strides over the last decade, qualifying for three CAF Africa Cup of Nations tournaments having never previously reached the event, and were unfortunate to lose 2-1 to Nigeria earlier in the campaign.

The Blue Sharks’ penchant for late goals is another source of encouragement. Central African Republic know they must seize six points to have any chance of progressing.

The Elephants and the Indomitable Lions have had some exhilarating battles over the years – who could forget Didier Drogba and Co edging a CAF Africa Cup of Nations shootout in which the first 23 penalties were scored in 2006? – and another is unfolding.

If both avoid an upset in their first November assignments, it will come down to a continent-stopping showdown in Douala. Will Eric Maxim Choupo-Moting and Vincent Aboubakar keep Cameroon on course for an African record eighth World Cup, or will Franck Kessie, Nicolas Pepe and Wilfried Zaha get Côte d’Ivoire to the finals for the fourth time in their last five attempts?

Not even with Seydou Keita, Mahamadou Diarra and Frederic Kanoute in their side did Malians have more hope of reaching a World Cup.

Uganda have it all to do but, like Mali, have yet to concede in the second round and have, in Fahad Bayo, a player with a penchant for netting decisive goals.

Victory in Luanda will send Mo Salah and the Pharaohs through. Libya and Gabon must pray Angola beat Egypt for the first time ever. At 32, could this be Pierre-Emerick Aubameyang’s last shot at playing in a World Cup?

The Black Stars were the big favourites when the pool began, but it’s Bafana Bafana who hold the slight edge.

Ronwen Williams has been infallible in goal for Hugo Broos’s side, while 21-year-old Evidence Makgopa has been a revelation upfront.

Ghana boast striking star power in the form of Thomas Partey, who has been outstanding during these preliminaries, exhilarating young talents Mohammed Kudus and Kamaldeen Sulemana, and the Ayew brothers.

Which one of these football-crazy countries will keep their Qatar 2022 dreams alive?

This is the only section in which all four teams can emerge triumphant. Tanzania, who were 37th in Africa and 137th overall on the FIFA/Coca-Cola World Ranking when qualifying began, are stunningly top on goals scored.

The Taifa Stars will entrust forwards Saimon Msuva and Mbwana Samatta with getting them over the line, but Chancel Mbemba, Dieumerci Mbokani, Cedric Bakambu and Congo DR know that all six points will send them through.

Benin, meanwhile, will look to Steve Mounie to inspire them to the two victories coach Michel Dussuyer has stressed they will need to finish top.

Preliminary discussions of the African Super League indicate that there will be 24 teams spilt in 3 groups of 8 teams each.